The buzz about the Oscars tonight has got me thinking about going to the movies, or “going to the show” as they used to say when I lived in Chicago 25 years ago. Now that we are living in an era when most people prefer to watch movies at home, we sometimes forget that gathering in a theater to watch a film with a large group of friends and strangers can be a culturally bonding experience, and sometimes even a culturally enlightening one.

In January 1994, I moved from Chicago to Slovakia, to take a position as a visiting English teacher at a private high school in Dunajská Streda.  The town was also known by its Hungarian name, Dunaszerdahely, Hungarian being the ethnic majority language that was spoken in the region.  Roughly translated, both names mean “Wednesday Market on the Danube.” 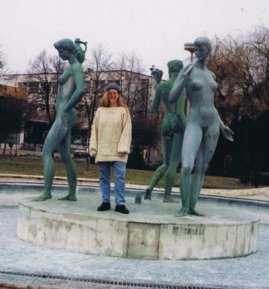 Shortly after arriving in Slovakia, I learned from my new friends at work that foreign releases of American films were regularly shown in the public auditorium-style theater that was housed in the large government building at the center of town. These new releases were amazingly affordable, and except for children’s features, all were shown in the original English with Hungarian or Slovak subtitles.

During my first week on the job, one of my new colleagues went with me to see my first viewing of an American film in Slovakia. It was The Fugitive, starring Harrison Ford. Though it was an action film, it skillfully captured some of the great scenery of Chicagoland, so I felt a bit of nostalgia as I watched it.   Just a few weeks before, I had turned in my final grades for the two English Composition classes that I taught at Columbia College, and both my classrooms had been located on one of the upper floors of the TORCO Building on South Michigan Avenue. 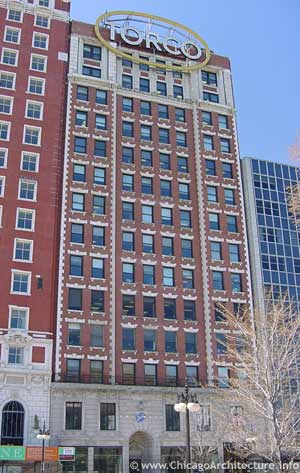 Imagine my delighted surprise when I saw Harrison Ford engaging in mortal combat with his one-armed enemy on the roof of my most recent place of employment, with a rear view of the iconic TORCO sign glowing behind them as they fought. I shout-whispered to my new Hungarian friend, “That’s the TORCO!  I love the TORCO!  I used to teach there!  I taught in that building!” My friend smiled and nodded politely at my strange interruption, and turned back to the film.

From that point forward, I went to see just about every film that was released in Slovakia during the time that I lived there–the great, the good, the fair, the so-bad -it’s-actually-  kind-of-good, and even the terrible (yes, I am talking to you, The Crush, starring Alicia Silverstone)!

Most of the time, I was usually the only foreigner in the movie theater, and I started to pay attention to how my responses to films differed from the rest of the audience, and vice-versa. For example, during a showing of Wayne’s World II in the Slovak capital city of Bratislava, I counted seven times when I found myself to be the only person in the entire room who was laughing. At the time I chalked this up entirely to the fact that I alone was familiar with certain obscure cultural references that did not translate well,  but looking back, I realize the film was a weak sequel, and I was just desperate to laugh along with some silly North American humor.

When Schindler’s List finally opened in Slovakia in 1994, I took the bus to Bratislava to attend a sold-out viewing at the city’s main public auditorium. For weeks, I had been listening to the BBC World Service discussing the film and its very positive reception back in the United States, but I was curious to see how its narrative would be perceived in the region of the world most directly impacted by the tragic history of the Holocaust.

My memory of this viewing is so vivid that I can still picture exactly where I was sitting in the theater–at the center of one of the rows on the upper left side.  Around me, hundreds  and hundreds of people were watching Schindler’s List with rapt attention.

Then it happened: the moment toward the end of the film that made this one of the most memorable movie-going experiences of my lifetime. In the scene, a lone Soviet soldier on horseback rides into the concentration camp, and delivers this sentence to the starving prisoners:

“You have been liberated by the Soviet Army.”

When the Slovak subtitle for this line flashed across the screen, the entire auditorium exploded into a nearly universal fit of laughter. This laughter was so loud, so absurd, and lasted so long, that I was momentarily stunned, and did not hear the next few lines of the film’s dialogue. Instead,  I looked around the theater at all those people who, unlike me, shared a common history, and who understood far too well that when one great, unspeakable horror comes to an end, it is sometimes simply replaced by another great, unspeakable horror.

This time, it was the American in the audience at an American film who didn’t know enough to get the joke.